What is GAMMA Genuine Himalayan Crystal Salt?
In today’s modern society salt has been given a bad rap. It is considered unhealthy and unnecessary. As industrialization came to a full swing, much of what we eat has been genetically altered.

Today’s common salt is chemically refined; all of the natural minerals are removed as they are considered to be impurities and reduced only to sodium and chloride. This process made the salt unhealthy; it is not a natural element and is poison to the body. Eating common table salt results in the formation of edema, or excess fluid in the body tissue, which is also the cause of cellulite. That’s why doctors say to avoid salt. For every gram of sodium chloride that the body cannot get rid of, the body uses twenty-three times the amount of cell water to neutralize this salt. That makes our body weak and prone to diseases.

GAMMA Himalayan Salt is however pre-pollution and without environmental impact. It is absolutely pristine, purest, totally natural, unrefined, cleanest and most complete Salt available. It is identical in minerals to the ancient primal ocean with all the minerals and trace elements our body needs. These natural minerals are identical to the minerals, which our bodies have evolved with and are also originally found existing in the primal ocean.

Life came from the sea, its nutrients and the suns energy. Millions of years ago when the formation of the Himalayas begun, the primal ocean was naturally dried up with the energy of the sun, as the mighty Himalayas were rising, over time with intense pressure and temperatures salt became crystallized. The higher the amount of pressure the more superior the crystalline structure. Alexander the great discovered it and since then it has been a part of regular diet for natives.

GAMMA Himalayan Salt is the finest; hand picked and stone ground crystal salt, which is transparent with pink and reddish veins. Only Genuine GAMMA Himalayan Crystal Salt should be used for flavoring food, Brine solution and for bathing.

How Does GAMMA Himalayan Salt compare to Sea Salt?
Oceans cover 70% of our earth. However, the oceans are being degraded with nuclear waste, industrial waste and farm chemical run-off. Not a single year passes without major news of at least one fractured oil tanker causing catastrophe. Recent government warnings about the increased levels of mercury in our oceans limit us to eat fish only once or twice a month. Today, sea salt does not have the same positive impact on our health, as it used to. Most of the sea salt undergoes man-made refining to get it to the packaged commodity stage.

Where does it come from?
Genuine GAMMA Himalayan Salt is extracted by hand from the deepest and farthest levels of the mines, located in the biggest salt range of the world. 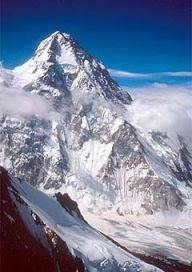 Where is the salt range located?
The salt range is located at the foothills, between the valleys of the Indus and Jhelum rivers, in the northern part of the Punjab region of Pakistan. It derives its name from extensive deposits of Crystal salt, which are one of the richest salt fields in the world; they are of Precambrian age. The salt range is more than 1,600 feet (490 m) in thickness and spread approximately 186 miles (300 km) beneath the Karakoram Range and the Great Himalayas of Pakistan. Home to the world’s greatest masses of high mountains, nine of the world’s fourteen 8,000-meter peaks are located here including K2.

How is the GAMMA Himalayan Crystal Salt Mined?
All mining is done by hand. Use of dynamite is strictly prohibited to preserve the structure of the crystals. Mining by hand is slow and expensive.

Is Himalayan Salt mined in areas outside of Pakistan?
No. The only source of GAMMA Himalayan Crystal Salt is in Pakistan, which is well known to locals.

Is there an official Himalayan seal for Himalayan Salt?
No. Himalayas is a mountain range, just like the Rockies and Andes. It runs through Pakistan, India, Nepal, Burma and Tibet.

Does any company or group have the monopoly on Himalayan Crystal Salt?
No. Salt is plentiful and available for all: we recommend that you choose GAMMA Himalayan Crystal Salt, since it is hand picked by experts who have been using this salt for generations. There are no secret or hidden mines as some companies are claiming.

How one can be sure to pick the right Himalayan salt?
We recommend that when shopping for Himalayan Crystal Salt; choose a packaging where you can actually see the transparent and pinkish crystals. We also recommend that you should buy coarse ground to be used in a salt mill to grind fresh salt on your food.