Himalayan Salt Licks are 100% Natural Crystal Salt, which are as pure & unpolluted today as they were millions of years ago, from the primal ocean (the source of life).

They contain up to 84 minerals & trace elements and are extremely beneficial for the growth and overall health of all farm animals, big game animals and pets. Salt licks are used for Horses, Cattle and for attracting various wild animals like Whitetail Deer, Mule Deer, Elk, Moose and Antelope.

Discovery of the Himalayan Salt

Alexander the Great discovered Himalayan crystal salt at the foothills of the Himalayas. In 326 BC, at age 30, Alexander the Great was at the height of his powers, intellectually, physically and militarily. He had marched more than 11,000 miles; had conquered Persia, Syria and Egypt; had pushed through the Caspian Gates to range southward and eastward while subduing every province in his path. As he advanced, he had left in his wake various rulers pledging him allegiance, part of his grand scheme for a world-wide Grecian hegemony.

The Battle of the Hydaspes River was a battle fought he fought that year against the Indian King Porus on the Hydaspes River (now the Jhelum) in Punjab. The Kingdom of King Porus was situated in that part of ancient India which is now known as Pakistan. The battle was the last major war fought by Alexander. Although victorious, Alexander’s exhausted army mutinied and then refused to go any further into India. 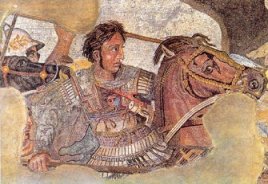 Some of the injured soldiers along with their horses took refuge in caves at the foothills of the Himalayan Mountains. Here they noticed that the horses were licking the rocks. But after further investigation, the soldiers discovered that the horses were actually licking crystallized salt. Soldiers also notice that wounded animals were healed much faster in the salt mines. Since then, the locals have been using Himalayan Crystal Salt not only for their daily consumption, but also for their horses and cattle as well.

Herds of elephants risk injury and death in a perilous journey to hidden salt caves where they supplement their sodium deficient diets. Our pets also suffer from sodium deficiency. Farmers place salt blocks in their pastures so that their livestock can lick the salt to their heart’s content.

The GAMMA Himalayan Crystal Salt Licks can have the same profound positive effects on your animal that it has been scientifically shown to have on humans. This is exactly the same salt as our other varieties, and is handled as a food grade salt for humans.

We offer a great variety and selection. You can choose any shape according to your needs. Small Pieces from 1/2 lbs for pets to 4 lbs in brick shapes for cows. Salt licks for horses are extremely hard, and more difficult for the horse to bite chunks off of, which is what often happens with other softer, pressed, salt licks.

In the production of common table salt, all of the other beneficial elements are chemically removed. Major salt producing companies dry their salt in huge kilns with temperatures reaching 1,200 degrees F, which changes the salt’s chemical structure, which in turn adversely affects human and animal bodies. Avoid common refined table salt. Domesticated animals need the proper and pure salt. 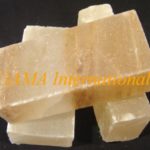 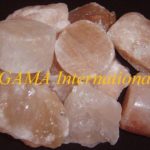 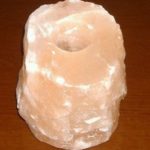